Right Brain shared a booth with the Creative Advocacy Network at Rigler School in NE Portland as part of Sunday Parkways in May.

The Right Brain Initiative was all over the place this year! Whether we were tabling at a community event, hosting speakers, or showing off student creativity, hopefully you saw Right Brain out and about!

Inspired by these Brain Food activities, Right Brain partnered with AIGA Portland to create the Brain Food Lab at the Museum of Contemporary Craft. The collaborative exhibit engaged children and parents to create a small-scale replica city in the museum from found/reused materials.

Read more about the Brain Food Lab in the archives here and here. 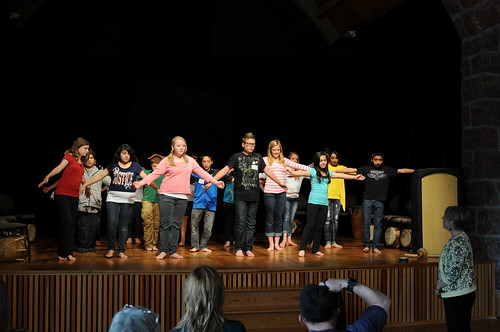 Hillsboro students demonstrate Right Brain learning during the Show + Tell in May. Photo by Frank Hunt.

In May, students from the Hillsboro School District got the chance to show off some of the learning they engaged in with Right Brain residencies during the Show + Tell event. 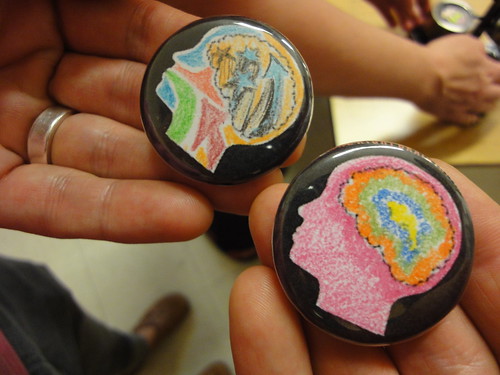 We asked members of the community to show us what their Right Brain looks like by creating their own brain button to help spread the word! 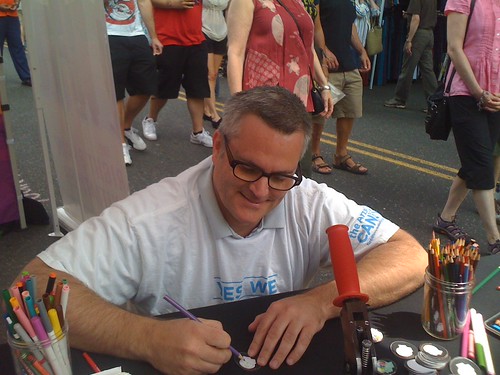 2011-2012 was another banner year for The Right Brain Initiative and thanks to the support of the whole community, next school year is guaranteed to top it.

This is the final post in our Year in Review. You can read Part 1 and Part 2 on the blog.